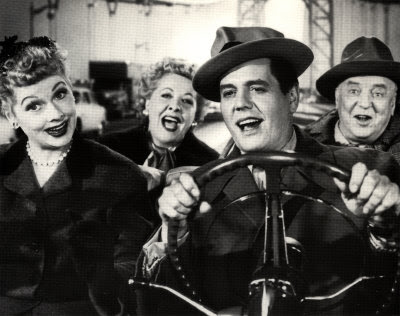 Measured chaos in Casa Del Superheroine. But excitement too.

Yes, I realize I'm the same person who blogged something under the title "Goodbye To Comics" about nine months ago.

It's so funny, years ago I tried so hard to color within the lines, to plan my comic career out in detail, do everything that people said I needed to do in order to "make it." But everything I've truly gotten of value -- the gig I have now, this blog, you wonderful readers, and especially my Mr. G. -- I've got by just being my true self and rolling with it.

And that's what I'm going to do in my San Diego coverage.

Of course, for all the scheduled interviews and whatnot, the coolest stuff will probably be spontaneous, slice-of-life, etc. Just like that wonderful "Hogan Knows Best" show on VH1.


A lot of damn comics

Yes, a stack so high even the clerk at the comic shop raised an eyebrow; though I explained I was purchasing for two. Luckily the tastes of me and Significant Other overlap to some extent, though sadly not when it comes to "Archie" & Rob Zombie movies. 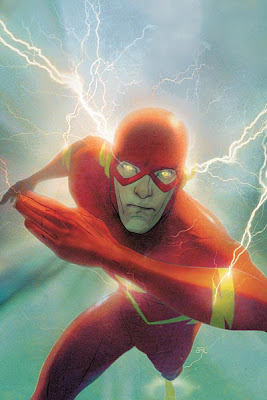 1. The cover is unfortunate. Not a knock on Sienkiewicz's art, it's just that it's a moody piece with a terrible photoshoppy "cosmic" background. Would have done much better to use the splash page of the actual issue.

4. This issue is like an archeological dig through the last days of the just-ended "Bart" series to see what went wrong and how they scrambled to fix it. The individual segments, in terms of art & story, just don't mesh at all. Some segments look like they were ear-marked for "Flash" #s 14 & 15, and were carved out of the scripts & married to the new Wally storyline.

5. Am I the only one whose heart doesn't leap for the requisite joy and wonder at the sight of Flash's bouncing "Incredibles"-like children in their cute superhero costumes? It feels like when they added those twins towards the end of "Growing Pains."

6. For all of Inertia's villainy, the way Wally handled things smacks of too much sadism and doesn't seem fit his characterization.

7. I was really under the impression that All-Flash #1 was the start of the new series. How many other readers are under that impression, only to find that the "old" series is going to continue with issue #231? How confusing is this?

8. I realize that the shot of Batman's outfit jumping out of the ring is supposed to be intriguing, but it's too vague and I'm more like "wha?"

9. The long and short of it is, the Waid run with Wally West sold solid and the book was never the same since; so they're just starting it up all over again, speed-brats in tow, as if the intervening years never happened. I can think of worse things than to go back to something that worked -- as long as it works. And for all of Mark Waid's skill as a writer, I don't think this book can survive without top-notch art like Kerschl's.

Dark Horse Comics took the heat off of DC & Marvel with their "Gor" Omnibus. From the sales copy:

"Part science fiction, part adventure novel, the stories in the world of Gor would unfold to show Tarl Cabot's growth from a novice to a man whose fate might determine the course of every man, woman, and child on Gor."

Nowhere in the copy can I find reference to the fact that within this stirring Joseph Campbell-eque narrative of the hero's journey are slave women chained to beds with rings in their noses--and loving it, might I add.

Then of course we have the fury over "Showcase Presents Batgirl," which depicts the caped crusadress (probably not a real word, but I'd use it in "Scrabble") powdering her face while the boys do all the heavy lifting.

I'm not offended per se by the cover, just bewildered at the poor quality of it. It's a trace of a splash page from an old comic, and a charmless one at that. Surely, there could have been a better option, from an aethestic and ethical viewpoint.

However, I don't fault overt sexism for the cover. I think it was just kinda dumb and uninspired. Perhaps time constraints was another issue, considering these books were all solicited without the original cover art.


Is "The Wraith" from Marvel's "Annihilation Conquest" Really "Rom?" 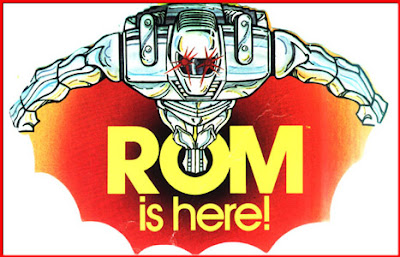 Look, if this bit of craziness actually turns out to be true, let it be known that I didn't get any inside info on it, it's just the latest bit of fanboy buzz.

Besides, I think the book could only score more readers if it really was Rom. Who owns the rights to Rom, anyway?

In the latest "Countdown," Jimmy Olsen sews his own costume to become "Mr. Action!" Donna and Jason hang out with "Bob The Monitor!" Those slaphappy jokesters Trickster & Piper get out of another scrape by the skin of their teeth! And Don Rickles makes an appearance! 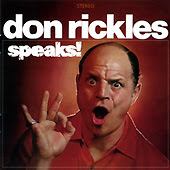 Are we there yet? 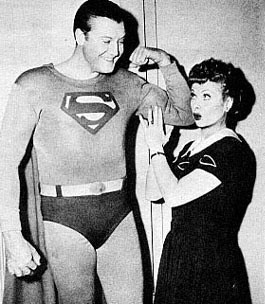