When I Was A Chubby Twentysomething Goth 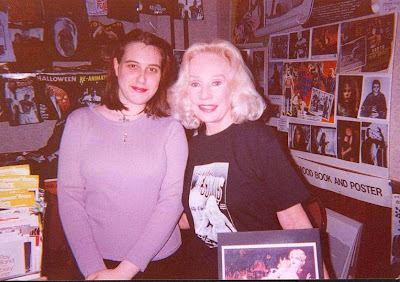 Me at 23 (or so) at Chiller Theatre with
"Carnival Of Souls" star Candace Hilligoss
Favorite colors: purple, black, and black

Note 1: Gothic culture is most probably far more textured and deep than I am making it sound in this post. Please keep in mind that this was my personal interpretation of "Goth" when I was in my mid-20s, not any standard definition.

Note 2: Most real Goths would not consider me a real Goth, partially because I thought Marilyn Manson was real Goth music (a point revealed to me in angry message board debates). Only began to hear real Goth music when I was no longer a Goth; by that point, I had also found ironic satisfaction in Britney Spears music, so I was too far gone. 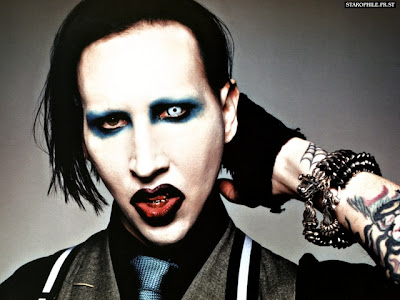 Note 3: Far too old, perhaps, even at 22 to be a real Goth but simply a poseur? Or was I cool? I think I might have been kind of geeky.

Note 4: Phase was preceded by "Spiritual Hippie Who Buys Buddha T-Shirts From Old Navy And Stoner Necklaces From Hot Topic." 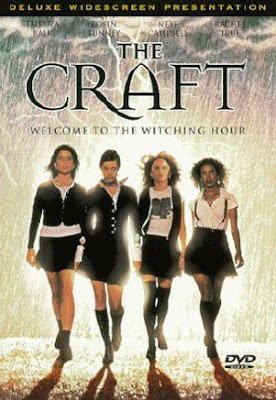 Favorite Movies As A Chubby Twentysomething Goth:
* The Craft
* The Crow
* Interview With The Vampire (seriously)

Too Hardcore For Delicate Flower Me:
Nightmare On Elm Street (it was mean! and ugly!) 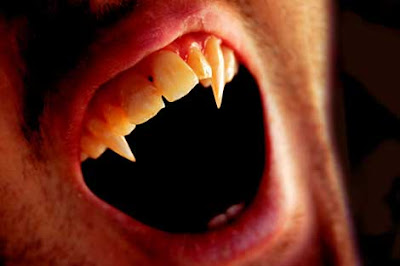 Hobbies:
* Getting dissed by 13-year-olds for Buffy fic I wrote (if you want to talk "continuity hounds"...)
* Drying roses until they turned black
* Endlessly browsing through the two Goth shops I knew but never buying anything (except for that one day I bought a postcard)

Defining Moments Of Disillusionment:
One Goth shop turned into a punk store, and one shop closed down. And then my little sister said: "Goth is dead, Val! God!" 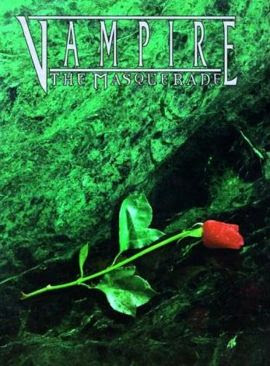 What I Almost Did: Linked to my repository of old Goth fan-fiction that is still online. But I took one look at it and wised up. Sorry.

Final Comments On The Subject:
I had a good time. That's what's important.
Posted by Verge at 10:30 AM

Email ThisBlogThis!Share to TwitterShare to FacebookShare to Pinterest
Labels: goth