Is "Men At Work" Sexist? 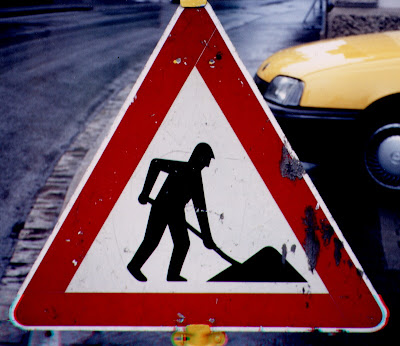 No, not that great 80s band fronted by Colin Hay.

In Atlanta, the government is replacing 50 "Men Working" signs with ones that say "Working Ahead." This is the result of a campaign by Cynthia Good to change the signs -- which she believes are sexist.

The exact phrase Good uses regarding the "Men Working" signs is "subtle forms of discrimination."

My questions to you -- Are these signs sexist? Do you think subtle forms of discrimination have an impact? And, using this logic as a yardstick of what is acceptable, can we (should we) carry this viewpoint into our superhero comics? How would we do that? Should we?

Basically, I think gender equality was a legitimate enough reason to change the signs -- if, as Good says, there were women working along men on those sites, a sign that only recognizes the men seems a little backward.

On the other hand, this is the sort of thing that anti-feminists love to point out as "taking things too far." Doesn't mean I think Good was wrong to campaign to get rid of the original signs. I'm just saying that I know how this sort of thing plays out on Fox News.
Posted by Verge at 9:29 AM

Email ThisBlogThis!Share to TwitterShare to FacebookShare to Pinterest
Labels: sexism