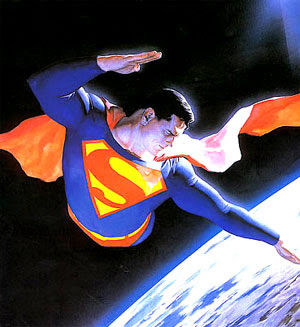 I received a trio of Superman links on my Google Alerts and I decided to reference all three...

In the first, rdxdave explains why he thinks Superman is, among other things, kinda stupid:

"Superman is like Brett Favre: strong, good looking, literate; but I somehow doubt that he's doing the Sudoku puzzle in the paper." 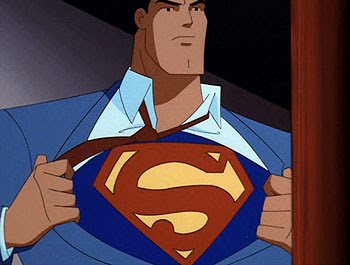 The second, by Chris Kiser, explains why he thinks Superman is a Liberal:

"Even at his worst, Superman mostly embodies the good side of liberalism, and the universe he occupies is basically a vision of what the world would be if liberals were right. My argument does, however, lend further validity to the notion that Batman is the superior character, and that he, like most conservatives facing liberals, could probably defeat Superman in a fight." 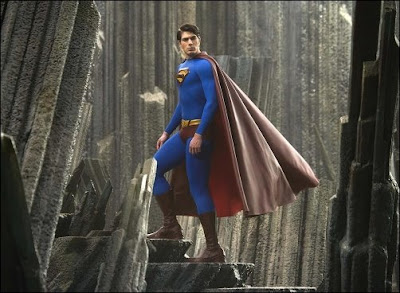 The last post, on Sir Martin's Outclass, is more like an overview of Superman's history over the last 15 years, and how it impacted the author:

"Over the past year, two writers made their mark in the Superman books. On Superman, Kurt Busiek depicted a Superman that is confident in himself and his powers. He believed that Superman is a man of great consequence and that his role is to help humanity endure against all odds. On Action Comics, Geoff Johns brought Superman back to the very core of the character and polished all the continuity gems such as the Legion, the Daily Planet, and Brainiac while enhancing the Superman mythology.

Both writers also reflect the current zeitgeist of a post-9/11 world. Azzarello wrote very much in the 9/11 era where we would question our heroes and our values. The post-9/11 world is a reaffirmation of who we are, what makes us strong, and how we are vital to the human race. I saw that reflected in my own work as a history teacher, and this also reflects in how I view Superman as a character."

All three posts remind me that iconic heroes like Superman and Spider-Man are mirrors with which we are assisted in seeing our own worlds...we think these characters are the same for everybody, but actually it's a mite bit more subjective than that...
Posted by Verge at 1:44 PM