Why The Death of Connor Hawke Bothers Me 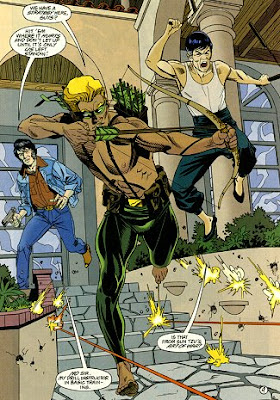 1. After the fast one that was pulled on us with Green Arrow, I can't even tell if Winick is serious.

2. Roy Harper is pretty redundant as Red Arrow. At least as a doper or as the poor schmoe in love with a crazy assassin he had something that stood out. But Connor was soooooo much more unique and marketable than him.

3. Yes, I said "marketable." I know to refer to an ethnic character as "marketable" is shocking -- most action figures I suppose should be of white men. But Connor was a very attractive character with a great costume design. He was instantly recognizable. Whereas Red Arrow is boring. Yeh, I said it -- boring. 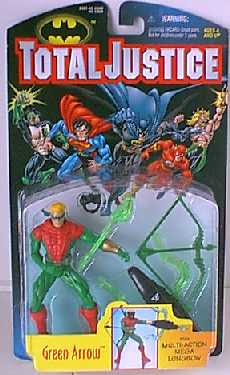 4. I've always felt that these "ethnic" reboots/versions of established characters would get phased out eventually. I realize that it's a cynical thing to say. But intuitively I could just anticipate it. And I feel killing off Connor sets a precedent.

5. Yes, Connor Hawke was a character that truly had an ambiguous sexuality. Never mind that Peter Parker speculation..this was the real deal. Even the editors knew it. I think he was even close to actually being officially bisexual -- though in the end that never happened. But the fans "adopted" him as being bi. And that's another reason I think Connor was so unique -- and a character with a lot left to explore and write about. 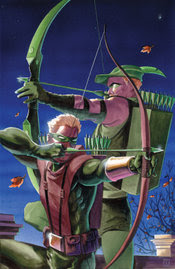 Oh, but I'm sure that the sales will spike.
Posted by Verge at 6:26 PM