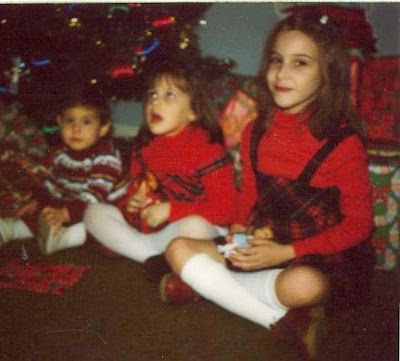 Have you ever tried to buy a Christmas tree the day before Christmas? We settled on a tasteful white wire tree, about four feet tall, covered in little lights.

"Can we hang ornaments on this tree?"

(consulting instructions) "Well, it says here not to hang ornaments on wire, cord, or lights."

"Does wire mean the branch?"

"That's not much of a branch."

Well, it looks lovely in the dark.

Presents were exchanged to the sound of a selection of holiday music on ITunes. When it was over, there were the remains of numerous hastily-opened Marvel Legends packages all over the room. Thank God they don't put those in that clamshell packaging anymore. 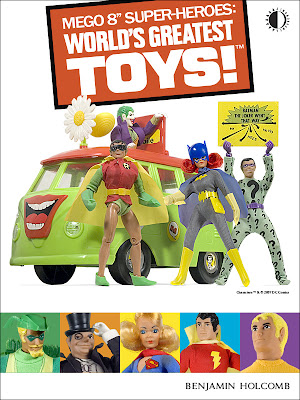 Santa was very nice to me this year. First off, I received a copy of World's Greatest Toys: Mego 8"Super-Heroes. This is an insanely researched coffee-table book about Mego action figures featuring giant Chip Kidd-esque photos of the toys on detail. Let me tell you, many of these toys were not meant to be blown up to that size. The Captain America doll has staring googly eyes like a Keane painting. But I really enjoyed the book, and stated my intention to start investing our savings in mint Megos on the Kresge card, which went over well. 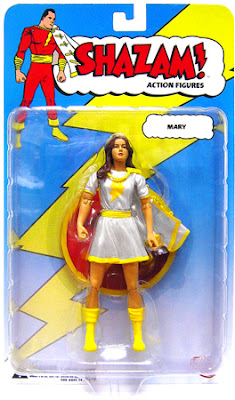 Next, I got a Mary Marvel action figure in her white "variant" dress. This is before she became a filthy evil slut. I like the Captain Marvel line of action figures in general, and have put the two-pack with "Hoppy" next on my list.

Finally, I got a microwave oven. Microwave ovens are one of those things you take for granted until you do not have them. Actually, the oven I had before this was an inherited item, about the size of a Buick, and covered in faded wood tone. We called it The Cancer Oven. So this present was much appreciated, and best of all it accommodated the scope of my cooking ability.

Christmas morning brought waffles and the WPIX Yule Log. By 12:00 it was announced that "Christmas is over, back to work." But as of 8:40 this morning, I feel as if I am still there, somewhere, in that Yuletide paradise. I think it's the damn tree.
Posted by Verge at 8:25 AM

Email ThisBlogThis!Share to TwitterShare to FacebookShare to Pinterest
Labels: Christmas