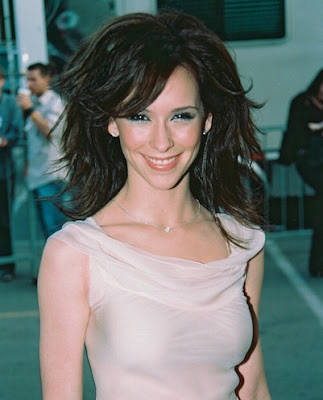 So I'm sitting down to have a donut and a cup of tea when I read this on the gossip site TMZ.

It's a picture of a woman in a swimsuit from behind and the caption reads, "Name That Butt"

And I click on the link and it's a picture of Jennifer Love Hewitt with the caption,

"We know what you ate this summer, Love -- everything!"

That post and a related one have the most wretched comments I have ever read. They are either from eating-disorder cases who say Hewitt should be ashamed of herself for being so obese, or from men calling her a fat pig. Of course, she also had some defenders...especially guys who wanted to prove so much that her butt did not offend them that they offered to...well, you know.

But why I am never reading TMZ again is because as I read those posts, I felt myself having a desire to throw up my donut. I've never had bulimia or threw up my food to maintain my weight, but I just felt sooooo guilty at that moment. I was like: "oh God, I'm eating a donut -- I'm going to become obese."

How many eating disorder cases out there *did* relapse because of your post, TMZ?

Hewitt herself responded on her site:

"I've sat by in silence for a long time now about the way women's bodies are constantly scrutinized. To set the record straight, I'm not upset for me, but for all of the girls out there that are struggling with their body image."

And for the record, I don't think she's fat. Her ample chest is, as far as I know, real -- and it would make sense that the rest of her body, especially as she matured, would be as ample. What's truly unhealthy, in my opinion, is not women like Hewitt, but women who are naturally curvy who diet to the point of being rail-thin -- their still-large heads seemingly perching on their emaciated frames. Case-in-point: 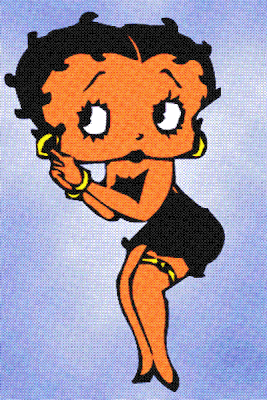 Betty gotta love herself!
Posted by Verge at 3:46 PM