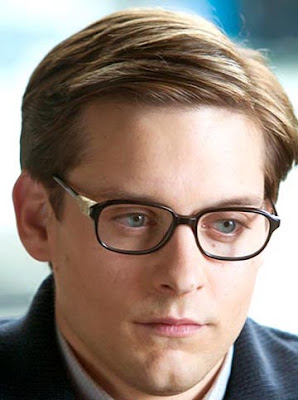 Blog @ Newsarama points out a thread on Brian Michael Bendis board where Gail Simone gives her two cents on Peter Parker's sexuality:

Thus begins a thread where the sexualities of various superheroes are discussed.

Never did pick up a gay metaphor about Spidey...I always thought he was more the "Charlie Brown" of the Marvel Universe. Couldn't do anything right. Killed his Christmas tree. Thought his 80-year-old aunt was more worth saving than his entire marriage and future family life. You know. 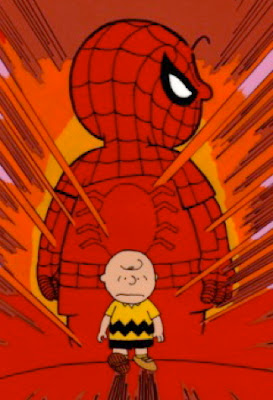 Though as an aside, in these sorts of humorous debates about "who's gay?" -- is there not some offensive stuff in them? I mean, not from Gail -- but from other posters on the thread, saying that you can "tell" a character is gay because of his "limp web shooting wrists" or his association with rainbows. Limp wrists, ejaculating "web fluid" in men's faces, etc. Is that offensive at all? If the corresponding cliches were thrown about to refer to some other group, wouldn't it be considered offensive?

I dunno, I'm just asking. I mean, geez: I posted that cartoon from Scans Daily the other day with that supposed "Jughead is gay" cartoon. But still...it seems like using cliches about homosexuals is the last "acceptable" thing in the media...that, and stereotypes about Middle Easterners and Asians. Oh, and of course it is totally okay to bash Christians in popular culture, because, well, the Crusades and Pat Robertson.

Remember when Jack Tripper used to do that "gay" routine in Three's Company? 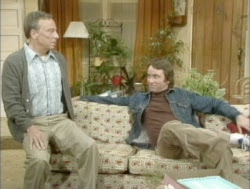 I suppose that was very funny when I was six and the world was thirty years younger.
Posted by Verge at 3:52 PM

Email ThisBlogThis!Share to TwitterShare to FacebookShare to Pinterest
Labels: homosexuality in comics