The Evolution Of Starscream

Transformers: Revenge of the Fallen has apparently made such an impact on movie critic Roger Ebert that he has written not one but two reviews on it. In his second, he points out through images just how incomprehensibly designed the character Starscream has become since his toy/animation days:

"In the stills with this blog, I have traced the history of Starscream® from its origin as a children's toy through its evolution in TV animation (1984) and the 2007 movie. It has grown steadily more complex, apparently feeding on larger and larger junk yards. Starscream® is now too much to comprehend, especially in Bay's typical average shot length of not much over one second."

And it's true. I find the movie Transformers ugly and overly-complicated in design next to their earlier counterparts. I don't mind highly detailed robots, but there should be a style to that detail. 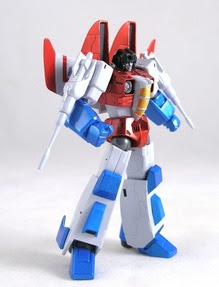 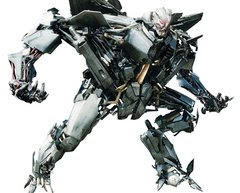 Sometimes less is more, and so-called "realism" less of a virtue.

As an aside, Ebert points out that the designer of the original Starscream was from his home town.
Posted by Verge at 1:23 PM