Kansas City Star Asks Readers What Comix To Can 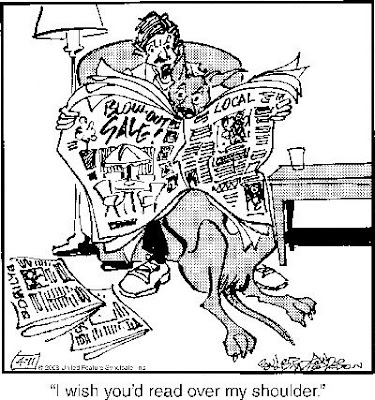 Ha ha ha, he's such a BIG AWKWARD DOG. And that's what makes it FUNNY!

In an unusual appeal, the Kansas City Star has asked their readers to pick out which comic strips get the boot:

Not to be critical, but our daily comics pages are feeling a little stale to us in FYI. And when that happens, it’s time to ask you, our readers, for help.

Below is a list of 10 comics that are no longer authored by their creators or are revisiting old story lines, are similar to others on The Star’s comic pages, or that we think are tired. Which ones could you live without? Pick five you could let go of and let us know. We’ll use the results to help make room for promising comics we’d like you to see.

Our goal today is a mix of styles and story lines that entertain and speak to our values as well as our times. Please help us get there. 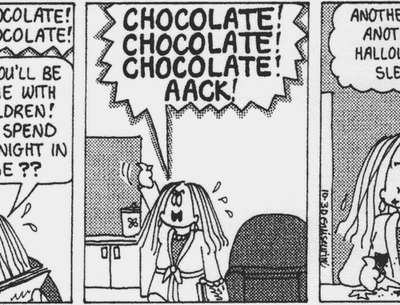 Ha ha ha. She has no self control and no self esteem! She's a PIG! That's FUNNY!

And the contenders for the chopping block are:

For Better or for Worse

Ha! He's the laziest mofo in the army! 4315 war casualties in Iraq!

Now, the idea is to pick 5 you think should go.

Which ones would you pick?

(Imagine if comic books did this to figure out who gets canceled?)
Posted by Verge at 9:37 PM