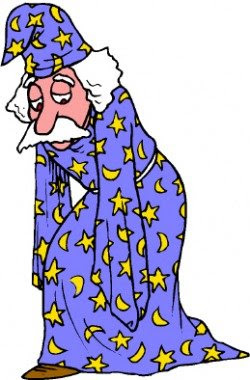 Wizard's online store on Amazon.com is still racking up unhappy customers, according to their feedback page:

6/24: "LESS THAN AWFUL! DO NOT BUY!!! Got some horrible crap as a "free gift" because order was "delayed" NEVER got a response from them as to if I would ever get what I ordered. HORRIBLE MERCHANT! Saw feedback after purchase - this seems to be thier M.O. sending CRAPPY crap instead of actual order - then they have a tracking number so order looks complete."

6/23: "I have contacted the seller but not heard a response as yet. The order has not arrived so the child did not receive their gift for this birthday or next birthday by the looks of things. A token gift was sent out by Wizard once it was aware the item ordered was to be delayed and once recieved it was immediately trashed."

6/22: "still have not received book but have been charged"

6/18: "sent me a product that was not and when I wrote to explain the problem has not received any response, SWINDLERS ARE BUYERS BEWARE OF THIS SELLER"

Why does Wizard continue to send crappy little toys in the place of awesome statues and other high-end ordered items? Someone I talked to recently offered not so much a suggestion why, as pointing out a general fact regarding online stores through Amazon. He said, "As long as you send something in response to the order, Amazon processes it as the order fulfilled – and the payment gets processed."

This holds water with my experience using PayPal through eBay, which has a similar system.

If Wizard can't process the items that are being ordered, or do not have them available for ship in the appropriate timeframe, why are they shipping these token "gifts" in their place and accepting payment? Isn't there a name for that sort of business practice? And how can I have faith in things like the recent purchase of the Toronto Comicon by Gareb Shamus if his company continues to engage in these sorts of practices? Unless he is going to end up completely disassociating himself from the company, which I wouldn't doubt.

I'm not saying the Wizard online store is consciously defrauding the public, but they need to take control of this situation and temporarily shut the store down if there is a problem. The $300 they get for a Deadpool statue is not worth this sort of bad press.

/worked for a summer at the Better Business Bureau, saw it all. Their staff of volunteer senior citizens will follow someone to the ends of the earth like Javert did to Jean Valjean.
Posted by Verge at 8:51 AM