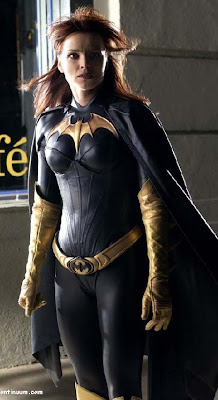 Just a quick anecdote I've been meaning to share:

I currently work for a media company for women run by mostly women. Our content is targeted towards women: celebrities, fashion, health, style, relationships, parenting, etc.

One day when I was attending an editorial meeting, somebody mentioned to everyone that I am involved with the comic book industry. This bit of information sparked a great deal of interest from the mostly female staff. They thought it was cool, thought comic books were cool, even enthusiastically mentioned Elektra. We got into a brief discussion regarding comics about female characters, and comics for women. The long and short of it is, they were interested in action and female characters who could kick butt. The majority of the women were interns in their early 20s. With the exception of one woman who collected comics like "Y The Last Man," most were not what one would consider "fangirls" or comic book collectors. They just responded very positively to the idea of proactive female superheroes.

This experience really confirmed to me that it is crucial in a superhero comic book for women that there be action, as much action as in an action movie or mainstream superhero comic. I do not think we should shy away from these elements in a comic targeted for women because we worry that they are "ugly" or brutal in some way. If anything, I think having ass-kicking superheroines might be cathartic.

At the same time, I believe strongly that care should be taken in these comics to address characterization and relationships. That is, in my opinion, the crucial balance that must be struck in a superhero comic that can appeal to women. And that, when we step back and look at everything as a whole, might be the crucial balance that must be struck for any comic with a mass-appeal, regardless of gender.

So anyway, that's just the results of a highly unscientific spur-of-the-moment focus group thingie regarding women and comics. 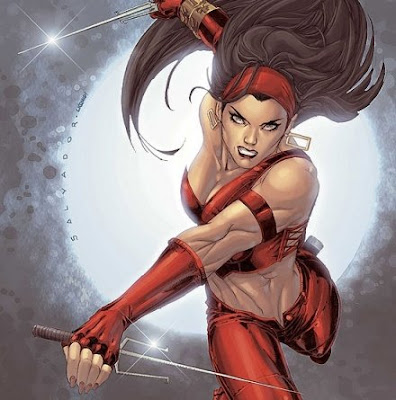 I don't think there is any reason superheroines like Elektra, Batgirl, Supergirl, Ms. Marvel, etc should not be iconic heroes that all women, regardless of "fan" status, recognize and enjoy. And you know, maybe movies & TV are going to play a large part in all this to get these women more familiar with the characters (as I'm sure, despite its poor box-office showing, the Elektra movie certainly did). But whatever the case, I really think this can be done.

And certainly, where the females would purchase/read these stories is another big factor. You would get more female readers with trades/webcomics than you would with monthly comics, in my opinion. And as unsuccessful as the Catwoman & Elektra movies were, they probably went a long way in introducing mainstream superheroines to females. These are all things to think about and consider, I guess.

I'm not writing this as an idealistic, pie-in-the-sky vision of a world; the way I think things "should" be. I'm writing this from the viewpoint of what actually might work sales-wise, what makes sense, solid ideas from which to create product. I realize that sounds rather materialistic, but in terms of making these changes in the industry, the business side has to be taken into account. It can't be we do this comic solely because "wouldn't it be nice to have another female superhero." Because we can do that, certainly, but it won't last ten issues. As much as we do these things for the "right" reasons, we have to also do them because they hold water business-wise.

How do we sell comic book product to the twenty-something women in that boardroom? How do we take their enthusiasm at the mere mention of "comics" and expand on it? If they respond positively to a character like Elektra, where do we take that? What is the next step?
Posted by Verge at 10:34 AM

Email ThisBlogThis!Share to TwitterShare to FacebookShare to Pinterest
Labels: women in comics