Attack of the 50-Foot Fangirls 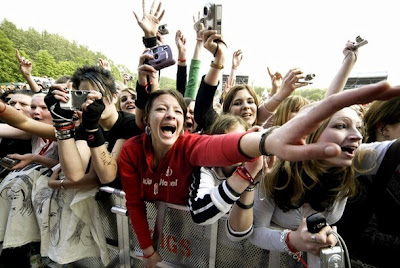 "Will Twilight Ruin This Year's Comic-Con?"

Truly, my heart weeps for those fanboys inconvenienced by 1,000s of Robert Pattinson fans. It is so unfair. And they're "not even really supposed to be there," right?

I first noticed this phenomenon at last year's conventions when they started to invite manga & anime guests. You never saw such epic lines waiting to get autographs from voice actors and Japanese pop stars. You can't even compare the sheer volume of these fans to those waiting for Jim Lee, et al. It's like comparing the crowds that came out for the Beatles & Michael Jackson to those who come out for a Tony Danza book signing. Seriously. 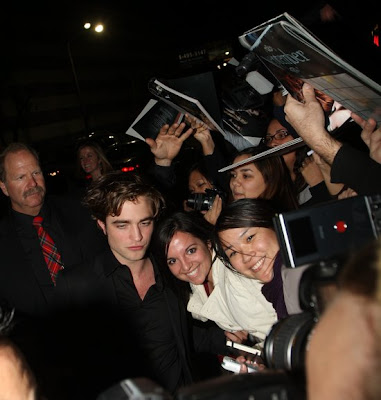 After all the bullshit I've heard over the last year about females getting harassed at comic conventions, it's hard for me to have any pity for people who whine over these "interlopers" invading their convention. And you'd better believe the con organizers are going to have to have better security and protective measures for these younger female fans – because if their shows have a rep as an unsafe venue for these girls & women, they are going to lose tons of $$$.

As for the upturned nose at fans of stuff like "Twilight" (and I'm looking now at some women as well as men), that's just a bunch of crap. I'm not a "Twilight" enthusiast, but that's a real legitimate fandom and get over it.

And as far as the anxiety over the crowds for the "New Moon" panels/screenings go, SDCC was in this position before for stuff like "Hellboy" & "The Spirit"; I was there. And I really feel the female fans are getting singled out.

Here's a typical sentiment, from Cinematical's post "The One Where Twilight (Almost, But Doesn't) Ruin Comic-Con)":

"Well, last year Twilight caused an absolute Beatles-mania sh*t show with tween girls and their Twi-hard moms camped outside the convention center's Hall H for hours upon hours in order to get one of the 6000-or-so seats inside."

Where was this whining when people were going freakin nuts over "Watchmen?" Or when I couldn't even get through the fanboy phalanx to meet up with friends because of the Hellboy roadblock?

Fandom and conventions are big enough for EVERYBODY. And instead of complaining about "Twilight" fans, maybe somebody should figure out how to get these legions of fangirls to buy more comics. 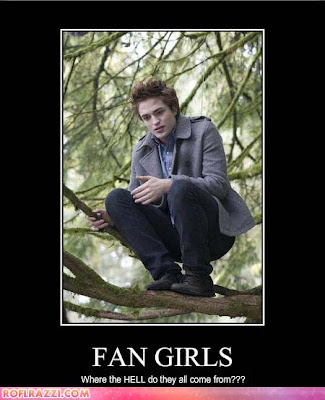