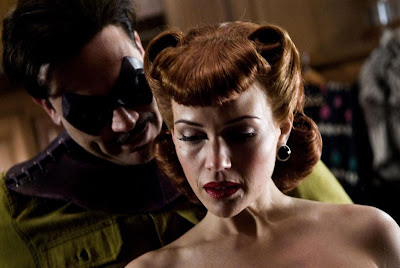 Hey fanboys and fangirls:
guess which one in this picture is supposed to be YOU?
Watchmen scribe David Hayter recently posted an open letter to fans, urging them to get out and watch the movie again. How does he convince the skeptical that Watchmen indeed is the film of the decade, the one they were "waiting for?"

"All this time, you’ve been waiting for a director who was going to hit you in the face with this story. To just crack you in the jaw, and then bend you over the pool table with this story. With its utterly raw view of the darkest sides of human nature, expressed through its masks of action and beauty and twisted good intentions. Like a fry-basket full of hot grease in the face. Like the Comedian on the Grassy Knoll. I know, I know...

You say you don't like it. You say you've got issues. I get it.

And yet... You'll be thinking about this film, down the road. It'll nag at you. How it was rough and beautiful. How it went where it wanted to go, and you just hung on. How it was thoughtful and hateful and bleak and hilarious. And for Jackie Earle Haley.

Trust me. You'll come back, eventually. Just like Sally."

Hayter then posts a clarification:

"First off, let me apologize for my metaphor. I am certainly not advocating violence against women of any kind. My sole intent was to reference one of the most complex, controversial and interesting issues in the story imho -- The nature of the relationship between Sally and the Comedian, and likening that complexity to some people's reaction to the film. It was meant more in the spirit of speaking to those who are truly entwined with the heart of the story -- A horrific act, that ends in a love story. I sincerely apologize for any offense."

So I should relate to this movie the way a woman relates to a love-hate relationship with an attempted rapist?

That's exactly what I'm looking for in a movie. One that "hits me in the face, cracks me in the jaw, and bends me over a pool table."

I was pretty forgiving about possible issues of misogyny in the film up to the point I read this pathetic plea to fans. The whole open letter makes nauseous, actually:

"You have to understand, everyone is watching to see how the film will do in its second week. If you care about movies that have a brain, or balls, (and this film's got both, literally), or true adaptations -- And if you're thinking of seeing it again anyway, please go back this weekend, Friday or Saturday night. Demonstrate the power of the fans, because it'll help let the people who pay for these movies know what we'd like to see. Because if it drops off the radar after the first weekend, they will never allow a film like this to be made again." 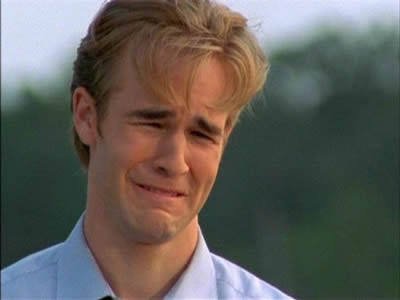 Remember, Watchmen screenwriter David Hayter doesn't believe in "raping your childhood," folks. Because you really "want it." Just like Sally Jupiter did.

Comments off, because of the "Hayters."
Posted by Verge at 1:55 PM