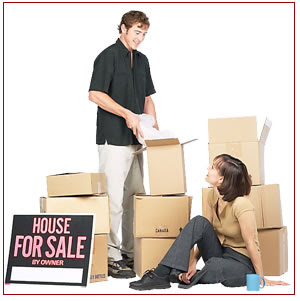 I'm moving into a new apartment soon. People move into new apartments all the time, no biggie. But here's my story.

I lived in that apartment for all of my 35 years except for two stints in 1998-2003 and 2005-2006 (which were spent living in my family's house in Queens). My apartment had serious rent-control. It was drilled in my family's heads from an early age that rent control was too good a deal to pass up. We could save and save and save -- then buy a house in Florida. Easy-peasy!

But reliance on this cheap rent turned out to be a self-fulfilling prophecy of sorts. Because the bar was never lifted higher in terms of how much rent we had to pay, I never felt especially motivated to surpass it. And when I met, as a teenager, an adult man who really enjoyed paying $200 rent a month, I sort of got locked into things. He moved his 50+ crates of comic books and memorabilia into my house in 1991 and was determined to never leave. Two times, it was me who left.

Now I'm packing up my stuff, this time for good. As I pack, I feel the intense need to get rid of stuff. Intense need. Like that thing where you keep cleaning and cleaning and never feel quite clean. There is always more stuff to get rid of. Actually, I started this process several years ago, when I was sick. But I had such an unbelievably huge collection that it has literally taken me about five years to whittle it away to nothing. And good! I'm glad to see it go.

This is not a diss on huge collections. But my collections were goddamn huge, and everybody I associated with also had goddamn huge collections. They were hard to move, so many people that I knew never moved. The ones that did, like my sister and her then-husband, had sold off big portions of the collections beforehand (in their case, Star Wars and Barbies). The exception to his rule was my ex-roommate, who decided to keep everything. Comics. VHS tapes. Broken ice-skates. They might come in handy some day. When the moving truck arrived at his new destination, they found out that the narrow apartment couldn't even fit everything. So he had to pay for storage.

It is utterly joyous for me to get rid of everything. Publishing the memoirs was one of those actions; moving it from the "storage" to "active" portions of my computer and out the door into the bloodstream of the Internet. This act has finally put to bed many demons that a few years of blogging never could.

I have simply no feeling anymore about many of the topics covered in that book. Numb. It's not that those topics are not important to me anymore. I just don't "feel" anything anymore about many of them, like the stuff with DC Comics. I used to rail on for years about the injustice regarding DC and their treatment of women, but it's now like a valve is shut off. By putting out this book, it's like some sort of responsibility on my part is fulfilled and there is no more to say on that topic. That book goes off on its own and continues the dialogue. It's like progeny. It's like a deep-space probe on auto-pilot. It just keeps going. But I don't have to, I am able to move in another direction and just let "baby" do its work.

Many of the things I always assumed I had to keep are "going away." I realize that there is no need to bring them into my new apartment -- bring them and the contexts they contain. They can stay behind. They make great gifts and eBay items. They make great recycling. Among them:
My goal when I move is to pare things down to their barest essentials. Oh, but what will I watch on DVD? Oh, what comic books will I read? Will I have enough to entertain me? Will I have enough spare T-shirts? And what about all the *memories*? Without these boxes and boxes of ephemera, will I be able to *remember*? And what about my self-identity? Once these material items I used to help define me for decades are gone, how will I know who I am?